Six members of Inner or Middle Temple were among the signatories to the Declaration of Independence in 1776: Thomas Hayward, jun., from 1778 Judge of the High Court of South Carolina; Thomas Lynch; Thomas McKean, President of Delaware and Chief Justice of Pennsylvania in 1777; Arthur Middleton; William Paca, later Governor of Maryland; and Edward Rutledge, later Governor of South Carolina.  John Dickinson of Middle Temple, who drafted the Articles of Federation and became President of Delaware in 1781, famously refused to sign, since he was still seeking reconciliation with Britain as well as liberty.

The American Declaration of Independence, 4 July 1776.  The Preamble declares:

We hold these truths to be self-evident, that all men are created equal, that they are endowed by their Creator with certain unalienable Rights, that among these are Life, Liberty and the pursuit of Happiness.  That to secure these rights, Governments are instituted among Men, deriving their just powers from the consent of the governed, That whenever any Form of Government becomes destructive of these ends, it is the Right of the People to alter or to abolish it, and to institute new Government, laying its foundation on such principles and organizing its powers in such form, as to them shall seem most likely to effect their Safety and Happiness.

On 31 August 1858 at Carlinville, Illinois, Abraham Lincoln, arguing against slavery, described that first sentence as ‘the gem of the magna charta of human liberty’.  ‘We must never cease to proclaim in fearless tones the great principles of freedom and the rights of man which are the joint inheritance of the English-speaking world and which through Magna Carta, the Bill of Rights, the Habeas Corpus, trial by jury, and the English common law find their most famous expression in the American Declaration of Independence.’ 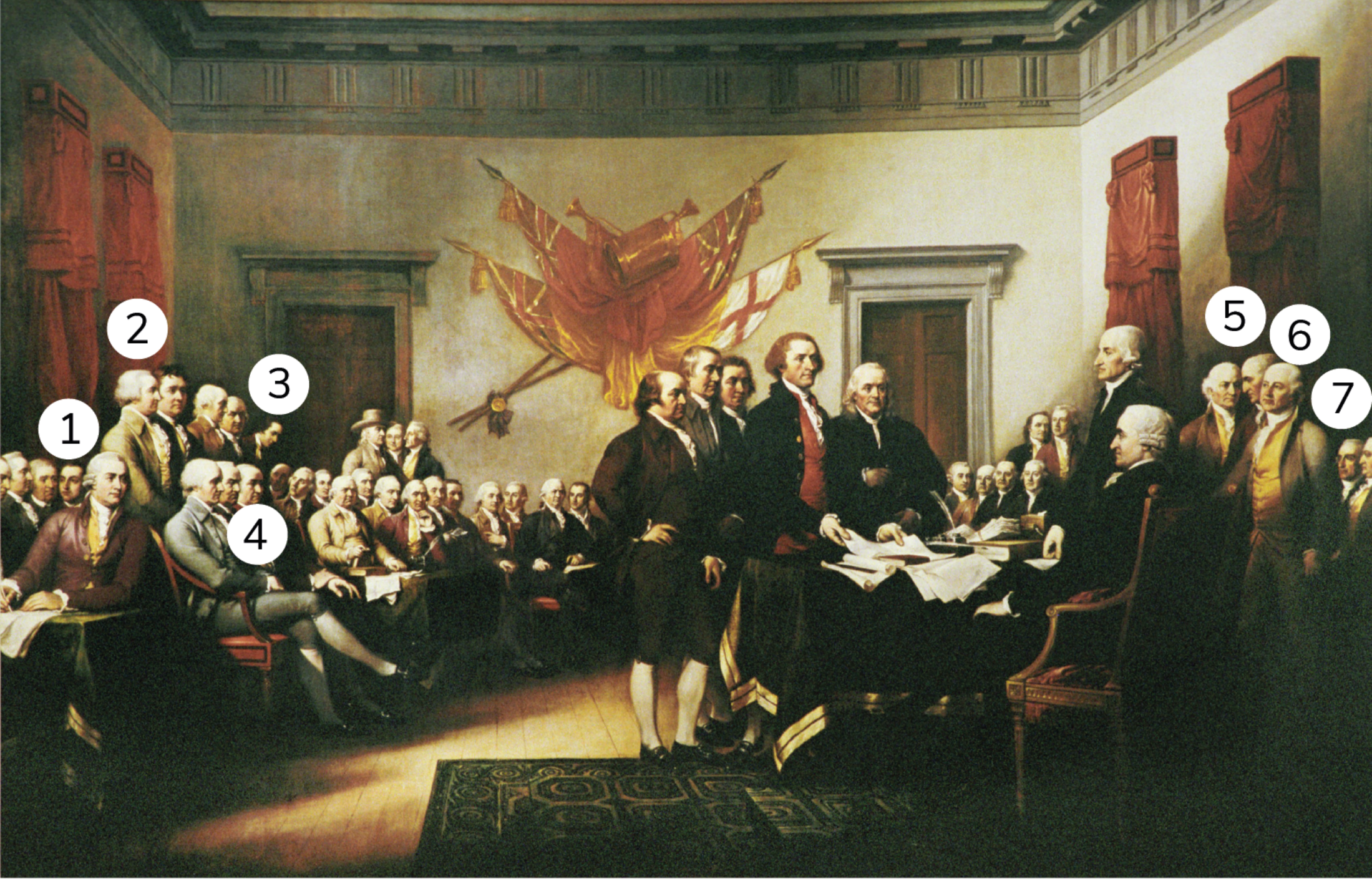 John Trumbull, The Declaration of Independence: the Drafting Committee presenting its Work (painted in 1818). From Inner or Middle Temple: 1. Thomas Lynch, at the right-hand end of the seated group. 2. William Paca, standing on the left. 3. Arthur Middleton, standing at the right-hand end of the group. 4. Thomas Heyward, sitting in front of and slightly to the left of Middleton. 5. John Dickinson (not a signatory), standing between two others. 6. Edward Rutledge. 7. Thomas McKean, sitting to their right. 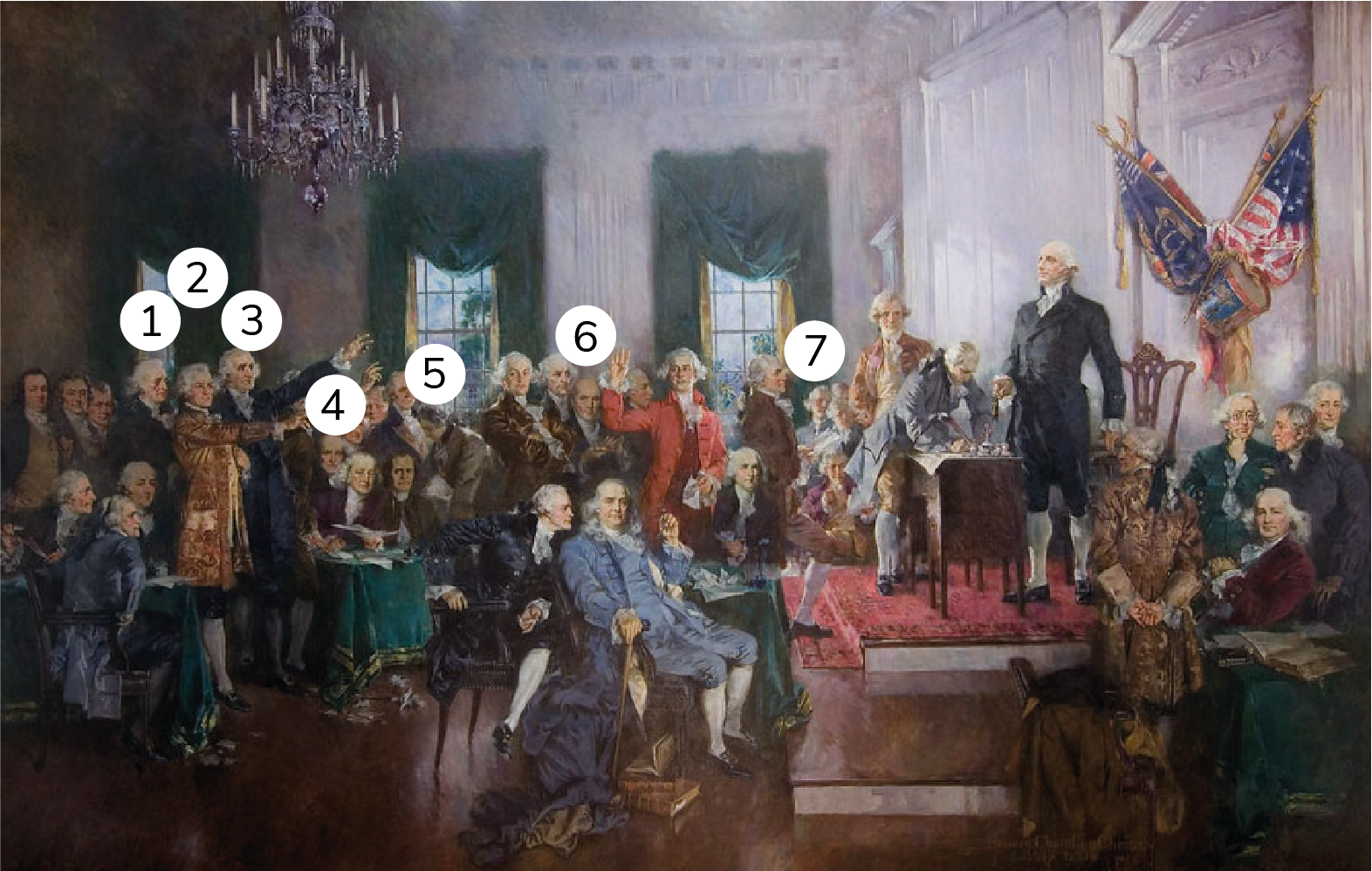 From the outset, the great clauses of Magna Carta  informed the constitutional life of the New World:

The General Assembly of Maryland, 1639. The inhabitants of this Province shall have all their rights and liberties according to the Great Charter in England.

The Body of Liberties, Massachusetts, 1641. No man’s life shall be taken away, no man’s honour or good name shall be stained, no man’s person shall be arrested, restrained, banished, dismembered, nor any ways punished ... unless it be by virtue or equity of some express law of the Country warranting the same.

Acts and Orders for the Colony … of Providence, 1647. That no person, in this Colony, shall be taken or imprisoned, or be disseized of hislands or liberties, or be exiled, or any otherwise molested or destroyed, but by the lawful judgement of his peers, or by some known law, and according to the letter of it, ratified and confirmed by the major part of the General  Assembly lawfully met and orderly managed.

Constitution of the United States of America, from the Fifth and Sixth Amendments, 15 December 1791. No person shall be deprived of life, liberty or property, without due process of law … The accused shall enjoy the right to a speedy and public trial, by an impartial jury of the State and district wherein the crime shall have been committed.

John Rutledge was called to the Bar by Middle Temple in 1760. He advised his younger brother Edward about life in London: ‘There is generally a good preacher at the Temple Church, and it would be more to your credit to spend a few hours of that day there, than is generally spent in London.’