Victorian Restoration (I) Re-Foundation of the Choir

In the 1840s the whole Church was restored and decorated in the grandest gothic style, under the direction initially of James Savage and then, when costs had overrun drastically, of Sidney Smirke and Decimus Burton.  The 17th century woodwork was disposed of in a series of sales. Here is an advertisement for just one of them:

The pulpit was advertised in four sales, before it found a buyer.  The catalogue for the final sale emphasised ominously that the lots – ‘the magnificent carved DOORS, pilasters, and screens, from the Temple Church, 60 feet long…’ – would be sold without reserve; so unfashionable had such classical woodwork become.

The organ was moved to its present position in the 1840s, when the Round and Chancel were reunited.  In 1909-10 the organ would be rebuilt by Frederick Rothwell; his tonal extensions and improvements were clearly a triumph.  Rothwell installed (his own patented invention) ivory tabs above each manual to replace the traditional draw-stops on either side of the console.

To mark the opening of the refurbished Church, the Inns retained a small choir of men and boys.  In 1843 they appointed E.J. Hopkins as Organist, confirmed the establishment of the choir and reordered the stalls to give the music a greater prominence.  The choir has ever since been one of the most celebrated church choirs in London.  Hopkins, the founder of Anglican psalmody, was in post for 55 years.  He was succeeded by Henry Walford Davies, who encouraged the Inns to take on as his assistant the young George Thalben-Ball.  Sir George was at the Temple from 1919 until 1981.  In 1927, under Thalben-Ball, the Temple chorister Ernest Lough recorded Mendelssohn’s ‘O, for the Wings of a Dove’ in the Church.  It is as famous as any recording ever made: it has been available ever since 1927; more than five million copies have been sold. 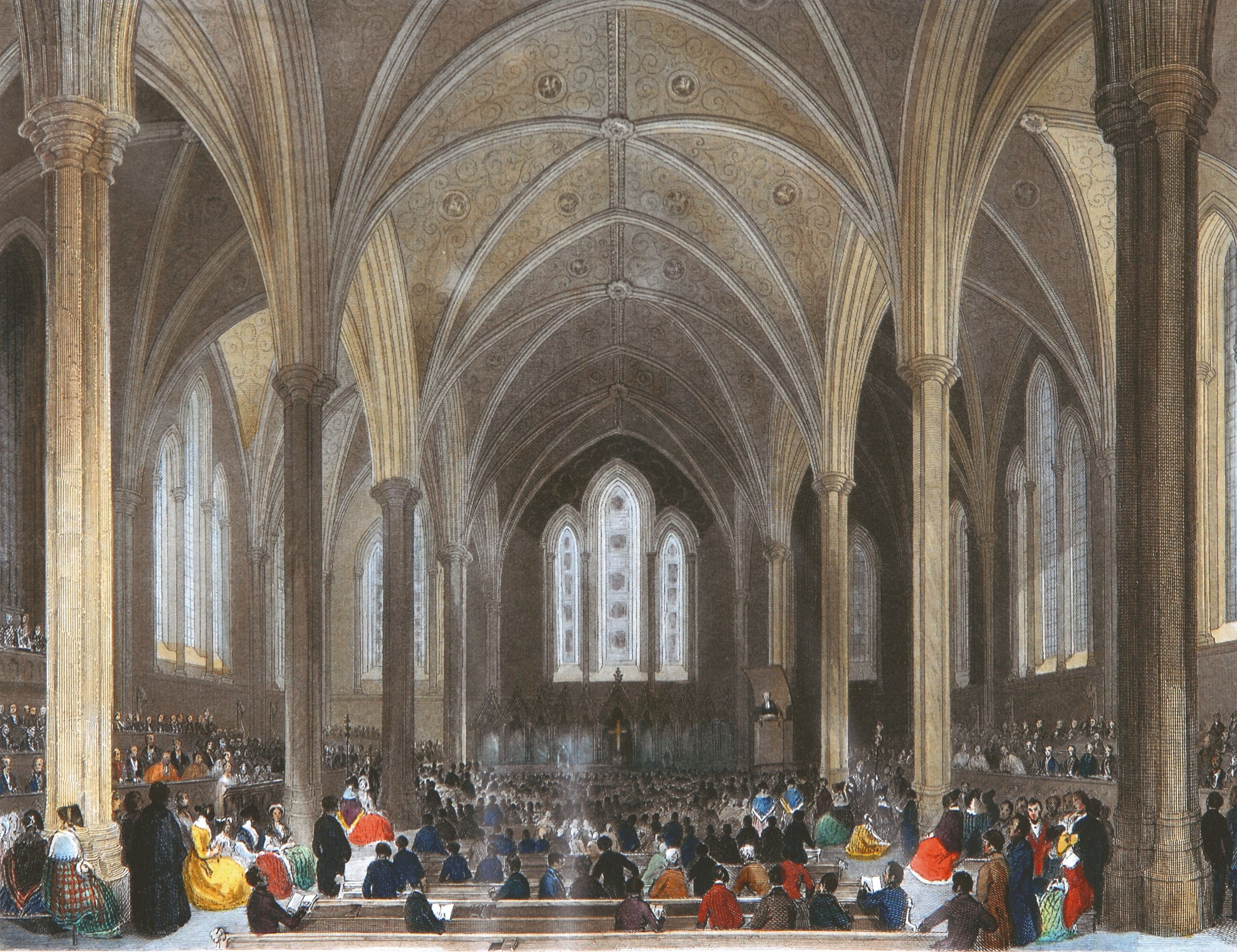 In a second campaign in the 1860s the Round’s roof was rebuilt as a steep cone in emulation of the conical roof over the rotunda of the Holy Sepulchre in Jerusalem.  On the right is Lamb Building, destroyed in World War II. 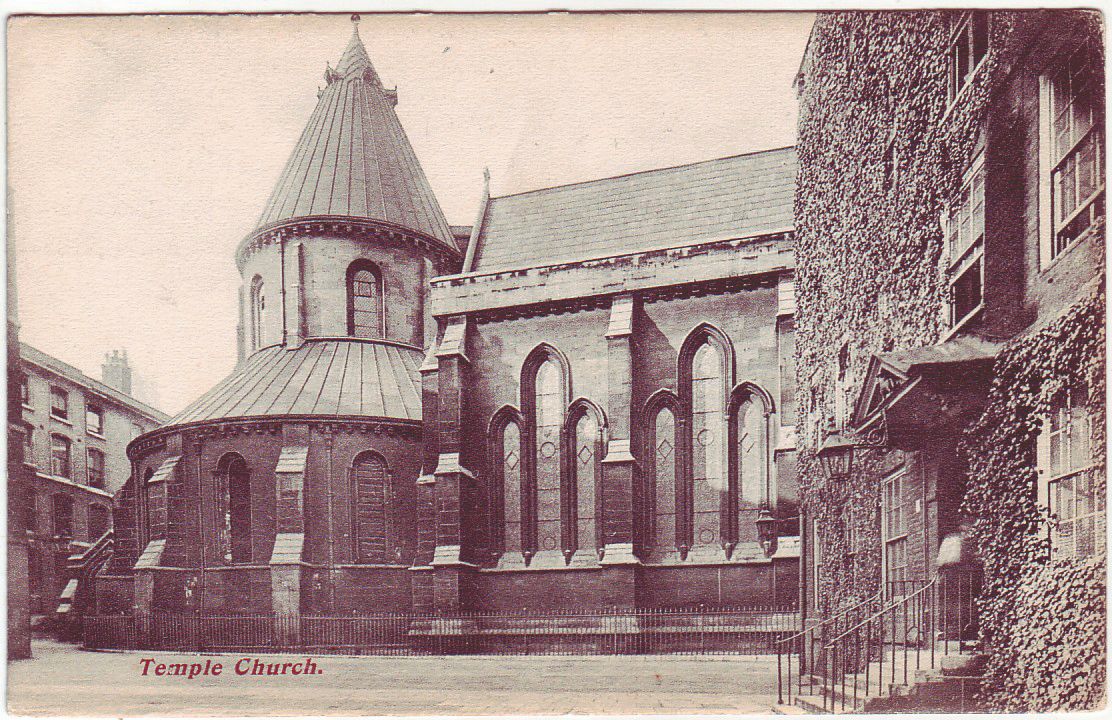