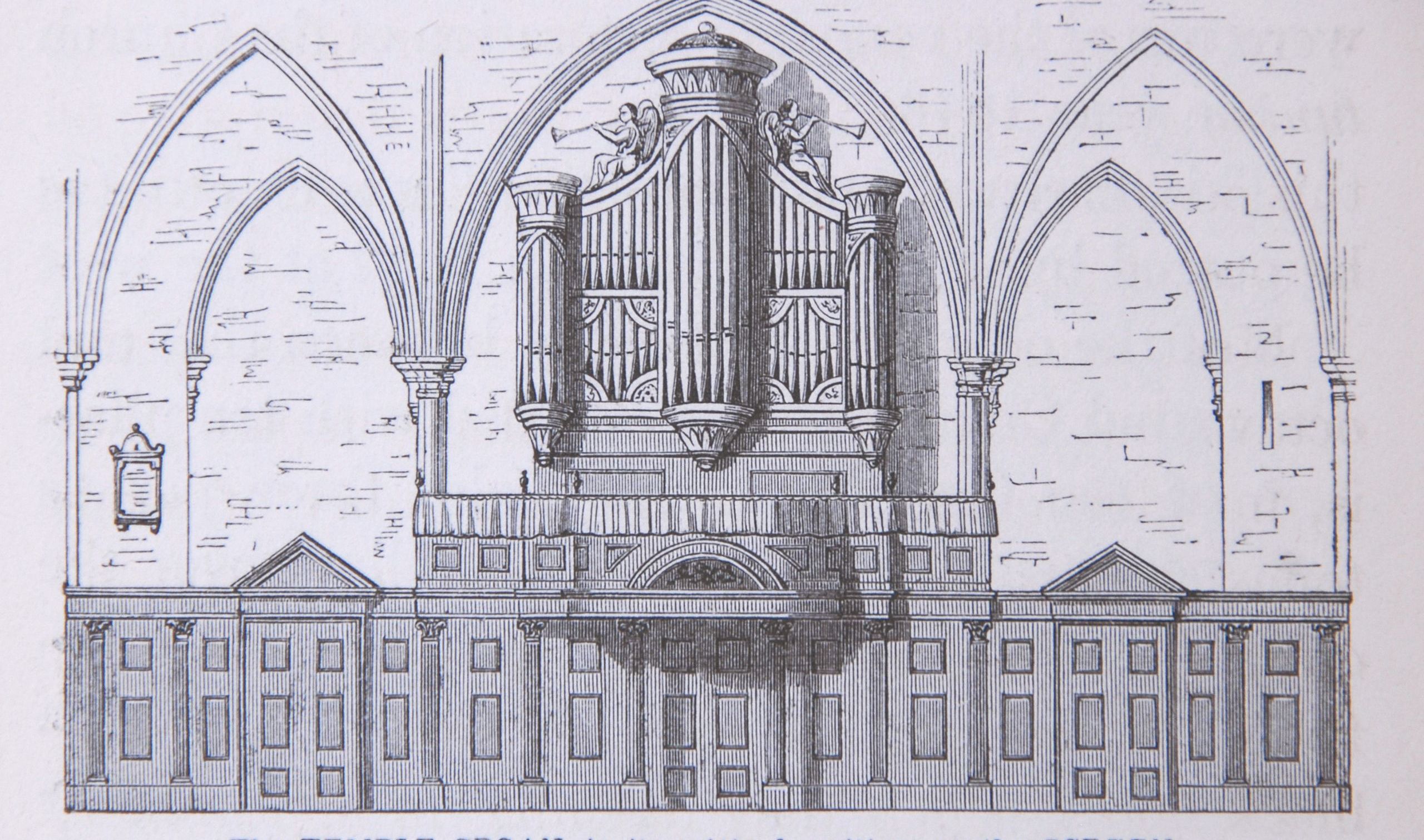 “I don’t think I shall hear singing this year more thrilling”
Richard Morrison,  The Times after the premiere of Tavener’s The Veil of the Temple

“The Choir’s brilliance is still unquestioned”
Cathedral Music Magazine, May 2015

The Temple Church Choir consists of sixteen boy choristers and twelve professional choirmen and was founded after the Victorian restoration of the church in 1841 by Dr Edward John Hopkins. It is still considered to be one of the finest choirs in London, a reputation it quickly gained after its founding. Though its main duty is to enhance the worship in the services in the ancient Temple Church, the choir has also been involved with many exciting projects outside its liturgical commitments.  The established musical tradition of the Temple Church has encompassed many distinguished and formidable musicians in church music, and some of the great figures in Anglican Church music have composed and played within its walls. Handel was a visitor to the church to hear the virtuoso blind organist and composer, John Stanley, who was appointed Organist to the Society of the Inner Temple in 1734.

In the nineteenth century, Hopkin’s successor, Sir Henry Walford Davies, further developed the reputation of the church’s music and its choir before becoming organist at St George’s Chapel, Windsor and ultimately Master of the King’s Musick. Sir George Thalben-Ball followed and under his direction the choir attracted such a following that queues for services often spilled out of the Temple into Fleet Street.  Of the many recordings that the choir made during Thalben-Ball’s tenure, the most famous featured the Temple chorister Master Ernest Lough. In 1927, HMV recorded Master Lough singing Mendelssohn’s Hear my Prayer which includes O for the Wings of a Dove. Within six months, the original master had worn out and a replacement – the one still available today – was recorded a year later. Its popularity earned the recording a gold disc for selling over a million copies and made Ernest Lough and the Temple Church a household name. Ernest continued to sing as a choirman once his voice had broken, and two of his three sons, followed in their father’s footsteps and became Temple choristers. Ernest’s Lough’s sons still attend occasional services and events at the church.

In the last twenty-five years, the music of the church has been under the direction of Dr John Birch, Stephen Layton, James Vivian and the present Organist & Director of Music, Roger Sayer.  The present choir shot back to prominence with the commission and – at the Temple Church itself – the premiere of John Tavener’s all-night musical vigil The Veil of the Temple, ‘Tavener’s masterpiece’ (The Daily Telegraph).  The Choir took The Veil to the Lincoln Center Festival in New York, and then to the Proms in a shortened version which was released on a double-CD by Sony. This recording has been followed by three further discs from the choir, all of them critically acclaimed.

In recent years, the choristers have appeared on Hyperion’s new release of Britten’s St Nicholas, performed The Ceremony of Carols at the opening concert of the Britten Centenary celebrations at the Snape Maltings in Aldeburgh, joined forces with the BBC Singers in Britten’s A Babe was Born at the Proms in the Royal Albert Hall, and broadcast a memorial concert to Sir John Tavener on Classic FM. Last year, they also joined the BBC Singers in a recording of music by Judith Weir, which was broadcast on BBC Radio 3.  The Choir is proud to commission new music, including works from Thomas Adès and Gabriel Jackson. In November 2014 the Choir gave the première of A Safe Stronghold, a collaboration between two young composers to commemorate the 100th anniversary of the outbreak of the First World War – the German Lars Schwarze and the British Gareth Treseder.  Nico Muhly’s Our Present Charter was commissioned to mark the 800th anniversary of Magna Carta, and as part of events to celebrate the same anniversary, the choir performed at both the Library of Congress and the Supreme Court in Washington D.C.  Our Present Charter features on the choir’s CD, A Knight’s Progress, with additional music by Haydn, Parry, Walton and Vaughan Williams.

On the morning of Monday 15 June 2015 at Runnymede Meadow, the Temple Church Choir performed Give the king thy judgements, O God, a new anthem by John Rutter, in the presence of HM The Queen and HRH The Duke of Edinburgh, to mark the 800th Anniversary of the sealing of Magna Carta.  The last eighteen months have seen the Choir tour Holland to great acclaim as well as broadcasting regularly for Classic FM and BBC Radio 3.  In April last year, as part of the Menuhin Violin Competition at the Temple Church, the choristers performed the première of John Rutter’s new work Visions for solo violin, string orchestra and choir. They subsequently performed the same piece in Brisbane as part of their first-ever solo tour of Singapore and Australia as The Temple Church Boys’ Choir.  In September 2017, the Choir completed a successful tour of Germany in commemoration of the 500th Anniversary of the Lutheran Reformation and the Boys completed a tour of Washington DC, New York and New Hampshire last October. Christmas 2018 was busy with performances at the Temple Winter Festival, the Royal Albert Hall and Symphony Hall, Birmingham with the Royal Philharmonic Orchestra, conducted by John Rutter. Recent CD recordings include The Temple Tradition on the Priory Records label.