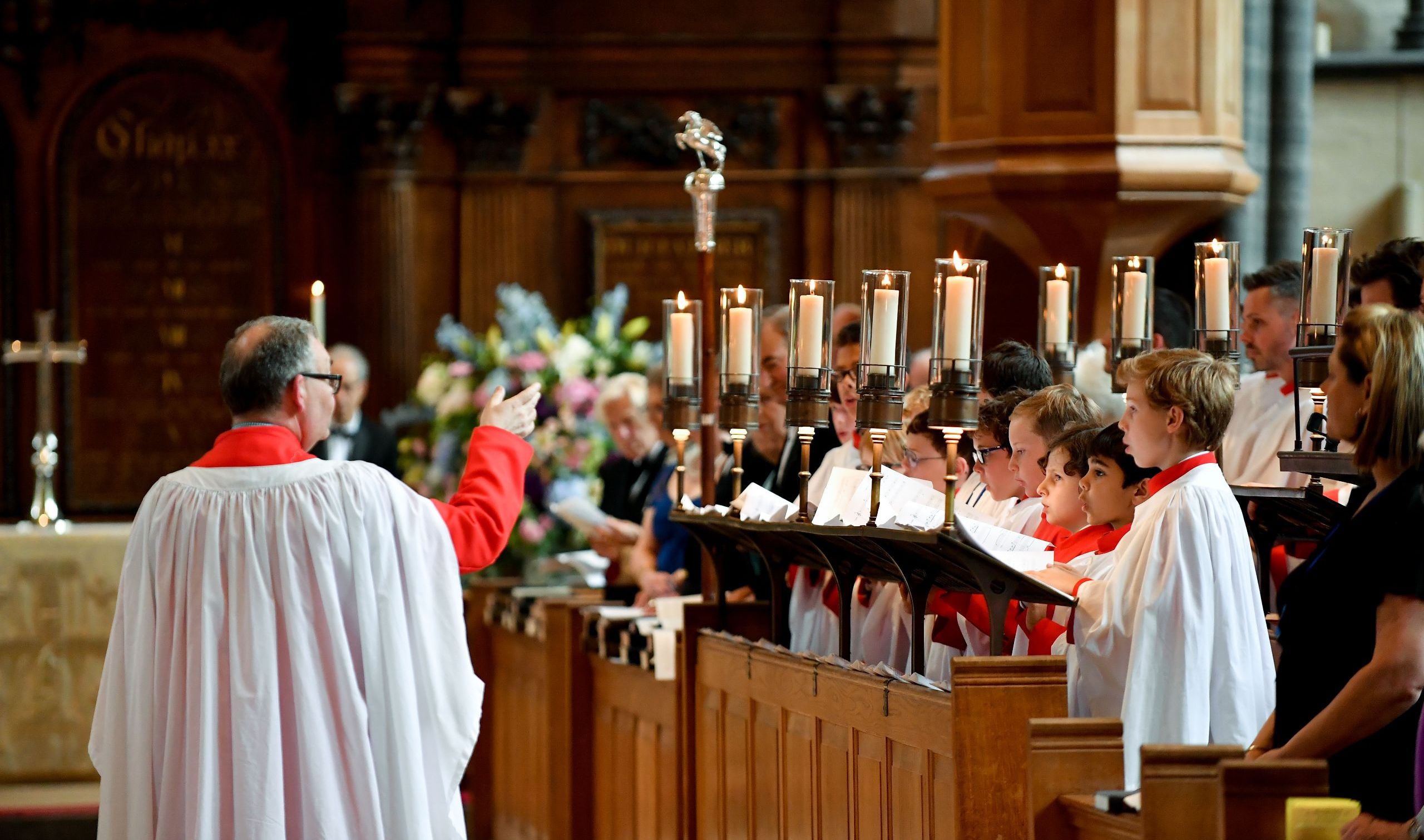 The Temple Church Choir consists of sixteen boy choristers and twelve professional choirmen and was founded after the Victorian restoration of the church in 1841 by Dr Edward John Hopkins. It is still considered to be one of the finest choirs in London, a reputation it quickly gained after its founding. Though its main duty is to enhance the worship in the services in the ancient Temple Church, the choir has also been involved with many exciting projects outside its liturgical commitments.  The established musical tradition of the Temple Church has encompassed many distinguished and formidable musicians in church music, and some of the great figures in Anglican Church music have composed and played within its walls. Handel was a visitor to the church to hear the virtuoso blind organist and composer, John Stanley, who was appointed Organist to the Society of the Inner Temple in 1734.

In the nineteenth century, Hopkin’s successor, Sir Henry Walford Davies, further developed the reputation of the church’s music and its choir before becoming organist at St George’s Chapel, Windsor and ultimately Master of the King’s Musick. Sir George Thalben-Ball followed and under his direction the choir attracted such a following that queues for services often spilled out of the Temple into Fleet Street.  Of the many recordings that the choir made during Thalben-Ball’s tenure, the most famous featured the Temple chorister Master Ernest Lough. In 1927, HMV recorded Master Lough singing Mendelssohn’s Hear my Prayer which includes O for the Wings of a Dove. Within six months, the original master had worn out and a replacement – the one still available today – was recorded a year later. Its popularity earned the recording a gold disc for selling over a million copies and made Ernest Lough and the Temple Church a household name. Ernest continued to sing as a choirman once his voice had broken, and two of his three sons, followed in their father’s footsteps and became Temple choristers. Ernest’s Lough’s sons still attend occasional services and events at the church.

In the last twenty-five years, the music of the church has been under the direction of Dr John Birch, Stephen Layton, James Vivian and the present Organist & Director of Music, Roger Sayer.