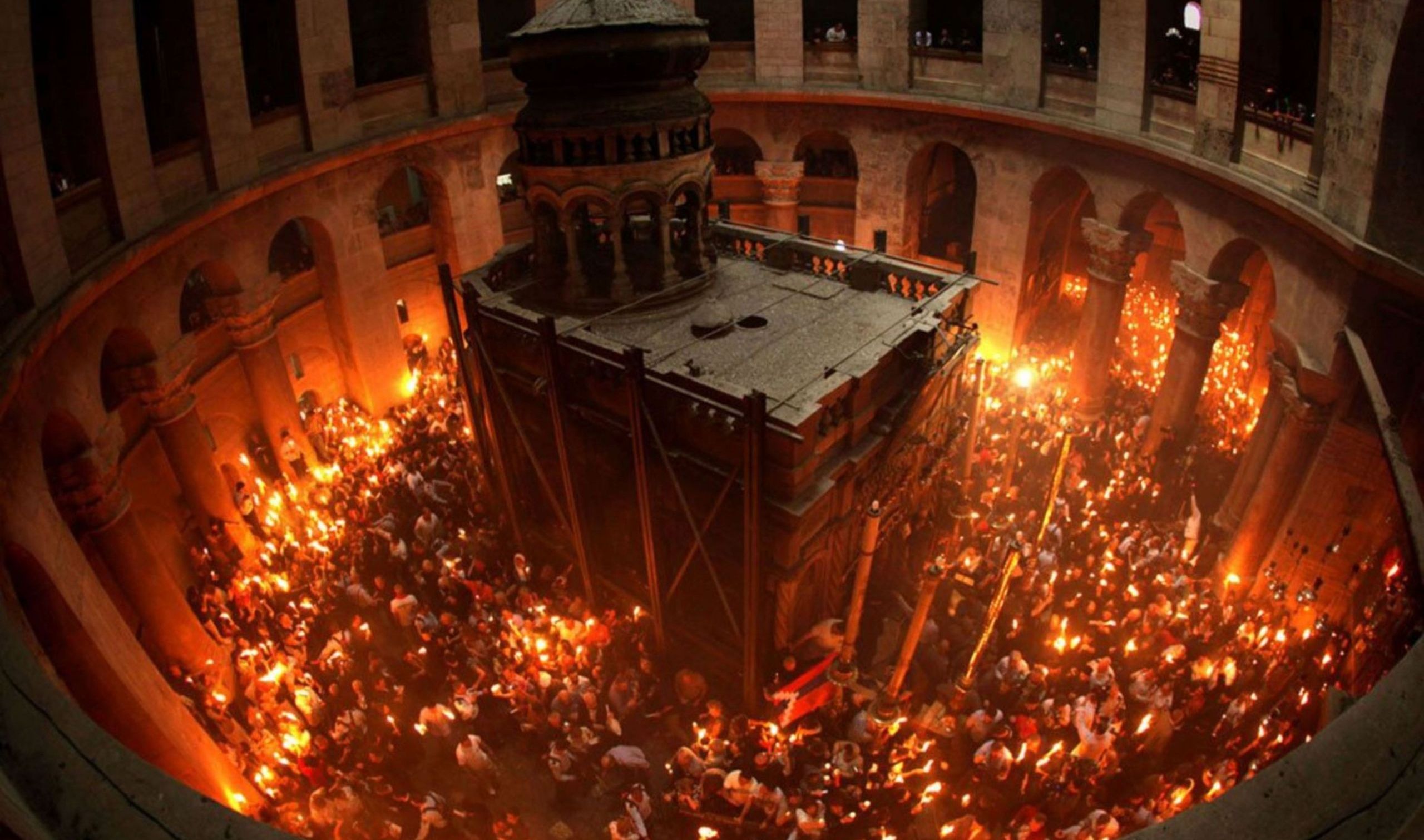 The Patriarch Heraclius may perhaps have been the most corrupt and licentious priest ever to hold his see. Our reports of his character, however, reach us from his enemies. The great Western chronicler of the Crusades, William of Tyre, was for decades Heraclius’ opponent and rival. In 1180 William had (and had been) expected to be appointed Patriarch of Jerusalem. But the king of Jerusalem was swayed by his mother, said to be a mistress of Heraclius — who was duly appointed Patriarch. William himself was honorably reticent in the face of this reverse. His followers were less restrained. ‘Ernoul’ tells (with more indignation, it seems, than accuracy) how his hero William was excommunicated by the new patriarch, went into exile and died at the hands of Heraclius’ own doctor in Rome. William’s narrative was expanded and continued in Old French as L’Estoire d’ Eracles: its story starts with the Emperor Heraclius who recovered the True Cross in 628 — and includes a prophecy that the Cross, secured by one Heraclius, would be lost (as it was) by another.

Can anything redeem our Heraclius’ reputation? The whole story offered welcome ammunition to Henry II’s enemies. Gerald of Wales, bitterly opposed to the Angevins, sees here the turning-point in Henry’s reign: the king failed to rise to this one supreme test; from then on his own and his sons’ adventures faced ruin. Gerald’s Heraclius was certainly no coward. Henry II had a famously volcanic temper; it was a brave — or foolish — man who would confront him. The king summoned a Great Council at the Hospitallers’ House in Clerkenwell. (Heraclius consecrated their round church too.) Surrounded by his advisers, he gave Heraclius his answer: ‘for the good of his realm and the salvation of his own soul’ he declared that he must stay in England. He would provide money instead. Heraclius was unimpressed: ‘We seek a man even without money — but not money without a man.’ Virum appetimus qui pecunia indigeat, non pecuniam quae viro. (It is a dramatic moment. Gerald, though, inherited the topos from an old story with a quite different cast.)

The Patriarch confronted Henry, Gerald tells us, at Heraclius’ departure from Dover. Here is the king’s last chance. ‘Though all the men of my land,’ said the king, ‘were one body and spoke with one mouth, they would not dare speak to me as you have done.’ ‘Do by me,’ replied Heraclius, ‘as you did by that blessed man Thomas of Canterbury. I had rather be slain by you than by the Saracen, for you are worse than any Saracen.’

‘That blessed man Thomas of Canterbury’ had been killed in 1170. The penance of the four knights who killed him was to serve with the Templars for fourteen years. Henry himself promised to pay for two hundred Templar knights for a year; and in 1172 he undertook to take the Cross himself. Thirteen years had passed. Henry was growing old. Such a vow, undischarged, threatened his immortal soul — as both Heraclius and he knew well. Henry must tread carefully. ‘I may not leave my land, for my own sons will surely rise against me in my absence.’