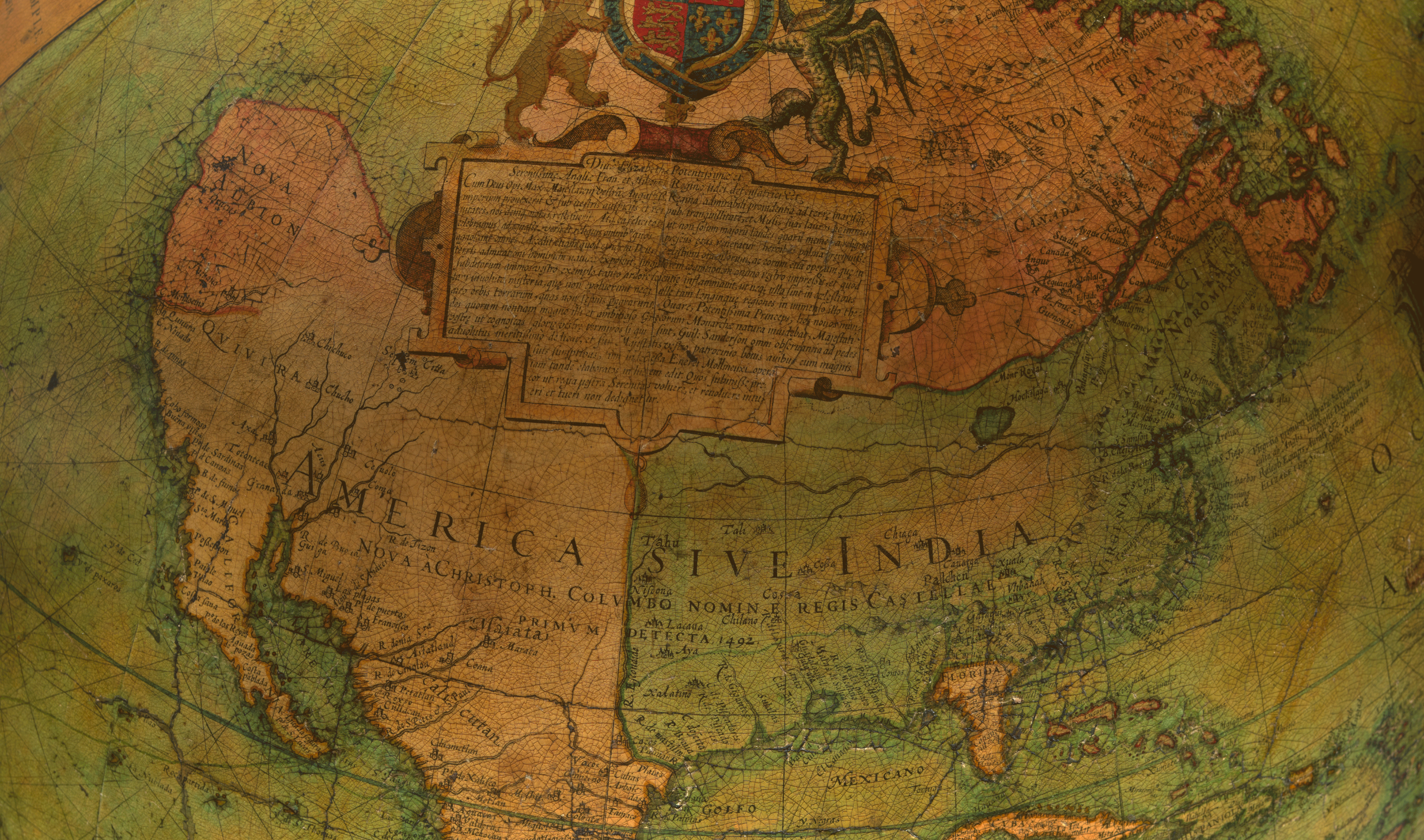 The democratic aspiration is no mere recent phase in human history.  It is human history.  It permeated the ancient life of early peoples.  It blazed anew in the middle ages.  It was written in Magna Charta.  In the Americas its impact has been irresistible.  America has been the New World in all tongues, to all peoples, not because this continent was a new-found land, but because all those who came here believed they could create upon this continent a new life – a life that should be new in freedom.

For the Church it is a delight that the strongest of all our international connections are with the USA, its attorneys and judges. The occasional visit from individuals has become a steady stream. Four centuries ago, by contrast, the travel was westwards across the Atlantic – and even then the most prominent adventurers were members of Inner or Middle Temple.The Church embodies and promotes the Inns’ outward-looking service to jurists and to visitors from all over the world. This jewel in the middle of London – and, just yards from Fleet Street, in the  middle of the Temple’s restorative, therapeutic calm – is visited and valued by an ever larger number and wider cross-section of those with a personal, professional or potential interest in the Rule of Law.

In 1584 Walter Raleigh despatched an expedition across the Atlantic; one of the ships was commanded by Philip Amadas. In 1602 Benjamin Gosnold explored New England and discovered Cape Cod and Martha’s Vineyard, which he named after his first daughter. Gosnold  would in 1606 work with Sir John Popham on the foundation of the two Virginia ‘colonies and companies’. The companies’ charter was drafted by Edwin Sandys and Edward Coke. It guaranteed to the colonists and their children all rights and liberties ‘to all Intents and Purposes, as if they had been abiding and born, within this  our realm of England’. The first five of these men were members of Middle Temple; Coke was a member of Inner. All were fired by dreams of Virginia.

In February 1609/10, William Crashaw, appointed  by Inner Temple to be Reader (Preacher) at the Church, preached a sermon in praise of the Virginia Colony. Near its end he addressed  Virginia itself:

And thou Virginia, whom though mine eyes see not, my heart shall love; how hath God honoured thee! Thou hast thy name from the worthiest Queen that ever the world had: thou hast thy matter from the greatest King on earth: and thou shalt now have thy form from one of the most glorious Nations under the Sun… But this is but a little portion of thy honour: for thy God is coming towards thee, and in the mean time sends to thee, and salutes thee with the best blessing heaven hath, even his blessed Gospel. Look up therefore, and lift up thy head, for thy redemption draweth nigh; and he that was the God of Israel, and is still the God  of England, will shortly I doubt not bring it to pass, that men shall say, Blessed be the Lord God of Virginia; and let all Christian people say, Amen.

The great clauses of Magna Carta were about to inform the constitutional life of the New World:

The General Assembly of Maryland, 1639.
The inhabitants of this Province shall have all their rights and liberties according to the Great Charter in England.

The Body of Liberties, Massachusetts, 1641.
No man’s life shall be taken away, no man’s honour or good name shall be stained, no man’s person shall be arrested, restrained, banished, dismembered, nor any ways punished ... unless it be by virtue or equity of some express law of the Country warranting the same.

Acts and Orders for the Colony … of Providence, 1647.
That no person, in this Colony, shall be taken or imprisoned, or be disseized of his lands or liberties, or be exiled, or any otherwise molested or destroyed, but by the lawful judgement of his peers, or by some known law, and according to the letter of it, ratified and confirmed by the major part of the General Assembly lawfully met and orderly managed.

America after 1647
William Penn, later to found Pennsylvania, was indicted in London in 1670 for being present at an unlawful and tumultuous assembly.
The jury was threatened with punishment for acquitting him.  Penn protested, ‘It is intolerable that my jury should be thus menaced.  Are not they my proper judges by the Great Charter of England?’

The judge Sir John Vaughan, famously formulated, in the turmoil that followed Penn’s acquittal, ‘Vaughan’s Law’: that a jury could not be punished for its verdict.  Vaughan was also buried in the Temple Church in 1674.

The great Penn’s fervour never dimmed.  He took with him to Pennsylvania a manuscript replica of one of the Cotton Library’s Magna Cartas.  In 1687, in Philadelphia, he published an edition of the Charter.  He urged his readers, ‘Take up the good example of our ancestors, and understand that it is easy to part with or give away great privileges, but hard to be gained if once lost.'

Constitution of the United States of America, from the Fifth and Sixth Amendments, 15 December 1791.
No person shall be deprived of life, liberty or property, without due process of law … The accused shall enjoy the right to a speedy and public trial, by an impartial jury of the State and district wherein the crime shall have been committed.

From the Declaration of Independence to the present Day

Six members of Inner or Middle Temple were among the signatories to the Declaration of Independence in 1776: Thomas Heyward, from 1778 Judge of the High Court of South Carolina; Thomas Lynch; Thomas McKean, President of Delaware and Chief Justice of Pennsylvania in 1777; Arthur Middleton; William Paca, later Governor of Maryland; and Edward Rutledge, later Governor of South Carolina. John Dickinson, ‘Penman of the Revolution’ and later President of Delaware and of Pennsylvania, famously refused to sign, since he was still seeking reconciliation with Britain as well as liberty.

John Rutledge was called to the Bar by Middle Temple in 1760. He advised his younger brother Edward about life in London: ‘There is generally   a good preacher at the Temple Church, and it would be more to your credit to spend a few hours of that day there, than is generally spent in London.’

In our connections with America, the 800th Anniversary of Magna Carta, 2014-15, was of course a high point: the Amity Visit to Washington DC in November 2014, when the Temple Church Choir sang in the Supreme Court and the Library of Congress; Magna Carta Day itself at Runnymede, when the Choir sang first (with others) to HM The Queen and the whole assembly and then (by themselves, and a  special privilege) at the Rededication of the ABA Memorial in the presence of HRH The Princess Royal and Attorney General Loretta Lynch; and successive services and talks in the Church itself, all through 2015.

Since then the choristers have been back to the Library of Congress; and in London we have welcomed the California and the Chicago Bar Associations, and the ABA Section of International Law; we look forward to seeing the  New York State Bar Association here in 2021; and each year we welcome more Americans living in London for our services to celebrate Independence Day and then Thanksgiving.

The Temple Church Choir singing at the launch of the Magna Carta Exhibition in the Library of Congress and Supreme Court, Washington DC, 5-6 November 2014

Left: In 1939  Lincoln Cathedral's copy of Magna Carta was lent for display in New York's World Fair.  By the time the Fair ended, World War Two had begun; rather than risk a return across the Atlantic, the Charter was lent to the Library of Congress, Washington D.C.  The Charter returned to England in January 1946; over fifteen million Americans had seen it.

Above: America, on the terrestrial globe by Emery Molyneux, 1603, in Middle Temple. Of the six (majestic) globes by Molyneux known to survive, Middle Temple has the only pair: one celestial (dated 1592) and one terrestrial (1603). The terrestrial globe records discoveries up to 1597: the search for a Northern Passage, and the settlement of Virginia. William Crashaw, Reader (Preacher) of the Temple Church, 1605-15, and fervent supporter of the Virginia Colony, owned a prestigious library, housed next to the Church and ‘one of the fairest paire of globes in Englande’. In 1613 he gave presents to each Inn ‘for a farewell and poor remembrance of my long service and longer lastinge love to these societyes’. His gift to Middle Temple, which did not yet have an established library, was perhaps his pair of globes.

Above: John Trumbull, The Declaration of Independence: the Drafting Committee presenting its Work (painted in 1818). From Inner or Middle Temple: 1. Thomas Lynch, at the right-hand end of the seated group. 2. William Paca, standing on the left. 3. Arthur Middleton, standing at the right-hand end of the group. 4. Thomas Heyward, sitting in front of and slightly to the left of Middleton. 5. John Dickinson (not a signatory), standing between two others. 6. Edward Rutledge. 7. Thomas McKean, sitting to their right.

Above: The American Bill of Rights.  On 25 September 1789, the First Congress of the United States proposed to the state legislatures a series of amendments to the Constitution, to protect the rights and immunities of individual citizens from attack by central government.  Ten of these proposals, duly accepted, constitute the Bill of Rights.  In Articles 5 and 6 it is delcared 'No person shall be deprived of life, liberty, or property, without due process of law ...  The accused shall enjoy the right to a speedy and public trial, by an impartial jury of the State and district wherein the crime shall have been committed.'

Above: John Roberts, Chief Justice of the United States, is called to the Bench in Middle Temple Hall, 2007.  He stands at the 'cupboard', whose top is said to have been made from the hatch cover of
Sir Francis Drake's ship The Golden Hind.

Left: In 1939  Lincoln Cathedral's copy of Magna Carta was lent for display in New York's World Fair.  By the time the Fair ended, World War Two had begun; rather than risk a return across the Atlantic, the Charter was lent to the Library of Congress, Washington D.C.  The Charter returned to England in January 1946; over fifteen million Americans had seen it.

By tradition the American Ambassador to London has been elected an Honorary Bencher of Middle Temple. Chief Justice Roberts is also a Bencher of Middle, as are Associate Justice Gorsuch, former Attorneys General Eric Holder and Loretta Lynch, and William Hubbard, President of the ABA at the Anniversary of Magna Carta in 2015. Associate Justices Breyer  and Kennedy (now retired) are Benchers of Inner.

We put high value as well on visits from other jurisdictions: from China, Japan, Latin America, Poland, Romania and Russia and elsewhere.  Some delegates, from jurisdictions whose legal systems are fragile, have spoken movingly of the hope and inspiration they draw here from the long, slow evolution of the Rule of Law from 1215 to the present day.

The Church remains – over 800 years since Magna Carta and 400 since the first colonial charters and constitutions – at the heart of legal and constitutional London, and so of the promotion of the Rule of Law worldwide.